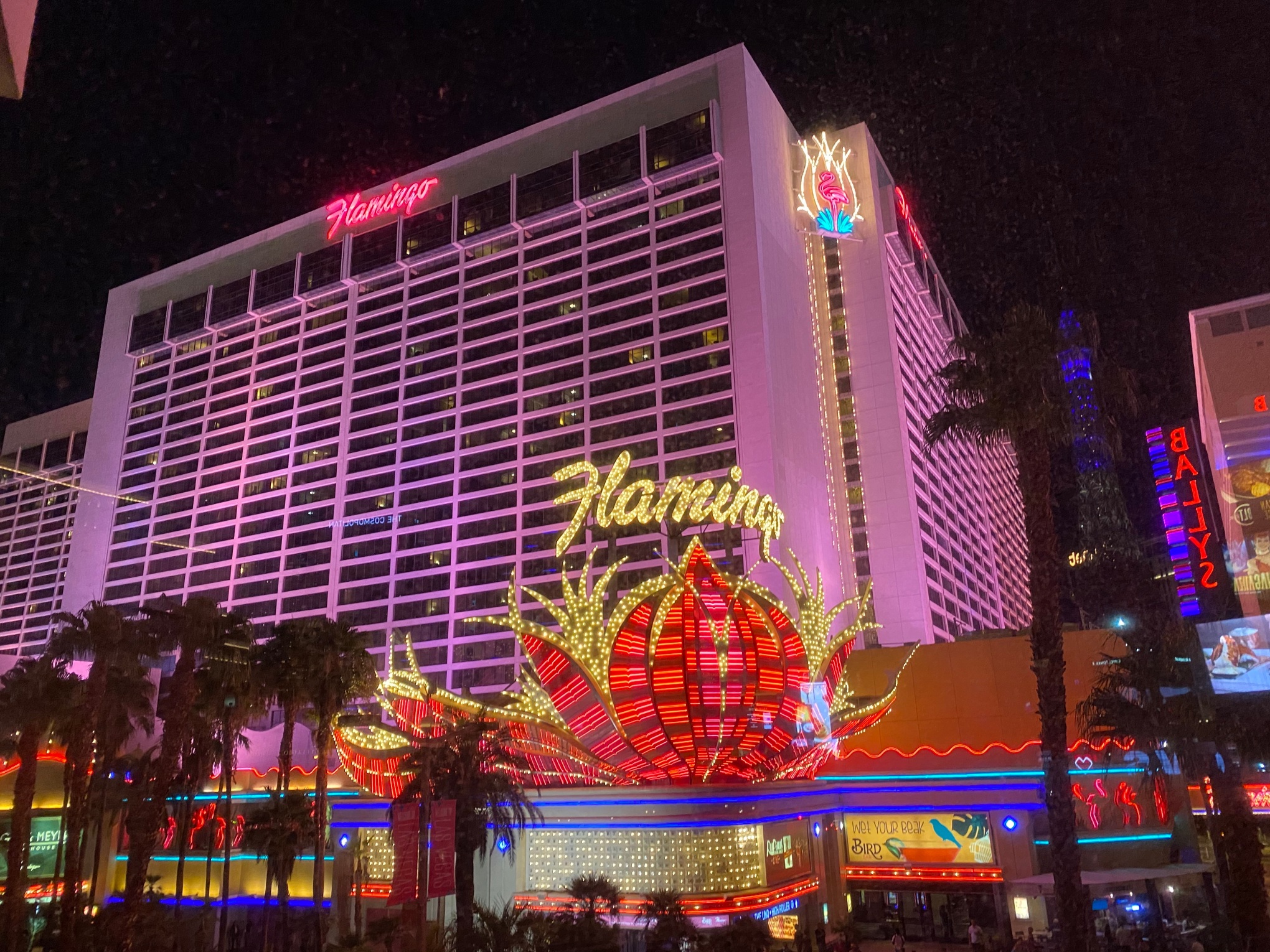 Ok, truth be told, I do NOT like Vegas! I am not a gambler. I worked hard for my money and don’t want to see $50 vanish in less than 5 minutes with the hopes of turning said $50 into $5,000 or more. Now, what’s the difference between Vegas and the Stock Market? Not sure, but I feel there’s a “bit” more forethought in the Stock Market. Of course, I can’t talk about the “whales” that play the market but looking into a company’s fundamentals and making a sound investment decisions, to me, is better than putting a chip on the table and betting on “Lady Luck”. I may be wrong and you can let me know in the comments. For me, Vegas is about the glitz and the glamour of NYC for the West Coast. A lot of people also say it’s the Disneyland for adults. Either way, Vegas for me is about entertainment and food rather than gambling. I guess you could say for most people, and “lucky” for Vegas, is that gambling IS entertainment.

I haven’t been to Vegas in a while. I think 2015 was my last visit. I went to Vegas this time to get to hang out with the family in a place they enjoy and meet up with a friend from high school. The venue was the Flamingo on the Strip. My aunt is a member in the Harrah’s group and the Flamingo is one of their holdings so we got a free room. Not that the room was expensive by any means. We were there during the week when Vegas rooms are pretty cheap. Were we forced to pay out of pocket, the rooms online were showing $40 for a double queen room. A point for Vegas.

However, being on the Strip, not much else is cheap. I guess since most of the time I go to Vegas, it’s for a show or concert event, I am hardly ever in the casino area but since I was with the fam and they do like that sort of thing, I hung out on the casino floor. Even though I don’t like to spend my money that way, I do enjoy watching others play. I like to watch poker, 21 and craps and I do enjoy myself, however, since I was not actively gambling, I had to pay for my drinks on the floor and they were not cheap! I wouldn’t have minded so much if they made a proper drink but I ordered an old fashioned and got something that looked more like a shirley temple! I did this not once but twice! Shame on me and then I started ordering straight whiskey. You can’t screw that up. At first I thought that maybe the bartender at Bally’s just got the order wrong but I also ordered the old fashioned at the Flamingo and got the same garbage. Now, for you non-drinkers out there, an old fashioned’s main ingredient is whiskey, some simple syrup and bitters. You can garnish with a cherry if you like. What I was getting was what looked and tasted like 7-Up and maraschino cherry syrup with a maraschino cherry as the garnish. I paid $18 for the privilege. Anyway, end of that rant. I did finally get a proper drink at The Palm steak restaurant inside the Forum Shops at Caesar’s Palace.

I will now demonstrate where I do spend my money in Vegas – food and drink. Anyone that knows me, knows that I am a cheapskate when it comes to fashion and everyday items but when it comes to having a nice meal with friends, the sky is the limit. My high school friend and I coordinated meeting in Las Vegas as she has been living outside of Salt Lake City in Utah since the imposed lockdowns showed to be longer than a couple of months and she was not really visiting California that much. I mentioned I was going to Vegas in an email and we agreed to meet at The Palm for dinner. This was very “Lifestyles of the Rich and Famous” a reference for those of you 80’s children. She flew in from SLC the afternoon of our meeting, had dinner with me, stayed at Caesar’s and flew out the next morning. Très chic! When I go out for a nice meal, I like to have a cocktail and sit and chat before even ordering. Therefore, since my friend doesn’t drink, I arrived at The Palm about 30 minutes before our meeting time, sat at the bar and had my martini. Then, the rest of the meal can proceed. She and I normally get together every few months and have a 3 or 4 hour meal/meeting but this was the first time I had seen her since the lockdowns. The last time we saw each other in person was for my birthday dinner at The Capital Grill in South Coast Plaza, Costa Mesa, California in February 2020 and Vegas was end of June 2021. We had a great meal and it was nice to catch up in person. The restaurant was not overly busy but there were a decent amount of patrons. Las Vegas in general was busy but not pre-pandemic busy. Sure, there were people in the streets and the casino’s but there was plenty of room to move. Vegas wasn’t requiring masks but there were signs posted at all entrances suggesting you wear a mask. People did as they saw fit.

So, here’s another reason I don’t like Vegas – I like to drink but I don’t like drunk people and there are a lot of them, day and night in Vegas. We took a trip over to the Downtown area and it was more dead there but there was also a different element hanging out. I’m not going to get into social aspects of allowing alcohol and marijuana in the streets but let’s just say a lot of people cannot control their vices and this is not the town to try to cut back on those vices. I’m a single woman and normally travel on my own and I can tell you if I was by myself in Vegas, I would not go Downtown. Pre-lockdown they were trying to get more people and families to go downtown by installing a zip line that runs right down Fremont Street. This was still closed when we were there and if you weren’t specifically going to a casino to gamble, there isn’t much else there. A few blocks away there is the Container Park with some eateries and shops but most of those were still closed.

As I mentioned earlier, we were there during the week and Vegas wasn’t fully open. They were reserving their resources for the weekends when Vegas is typically more busy. For example, they told us that valet parking was closed from late Tuesday afternoon until late Thursday and there were other examples of partial openings.

If you’ve never been to Vegas, it is somewhere I would recommend. The fact that all of this is in the desert, the mass of buildings, lights and gambling brought thousands to see it is amazing. It’s big, it’s bombastic, it’s entertaining. It is a nice tourist destination depending on your likes. It does have a lot to offer – gambling, shows, concerts, shopping, food of almost any kind, clubs and more – and, in normal times, 24 hours a day. If you like one or more of those things, this is the place for you. I can handle it in moderation – 2 to 3 days every few or more years. So Vegas, Baby, I’ll see you around 2025.